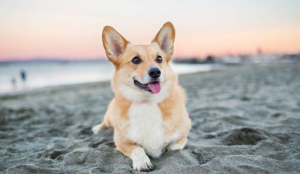 Okay, I can’t even really begin to tell you how much I want a corgi. To give you an idea, a few weeks ago my boyfriend and I were looking at corgis available for sale in our area, and there were corgi puppies being advertised for free. That’s right, FOR FREE. And close! I wouldn’t even have had to take a limo service Hamilton ON to get some great pictures of their little furry selves, and they were just absolutely the most adorable. When I was looking at the pictures I just started to cry. Like, started to weep profusely, because there were these free tiny corgi puppos available, and I couldn’t have them.

So hopefully that gives you a little bit of an idea about my obsession. I’ve already decided what we’re very likely going to name our corgi when we eventually do get one: Waffles. Waffles the corgi. I know. Adorable. Even though I did find another Waffles the corgi on Pinterest … whatever, our Waffles will be better. I originally wanted to name him Watson, or even Sherlock, but those (amazing) names were vetoed, so it looks likes it’s going to be Waffles. Which I’m not sad about, because it’s a super fitting name for a little corgi stumper, I think.

I am just absolutely too obsessed with them. It’s their little tiny legs, their fluffy bums, their seemingly-always-smiling faces. I dare you to look at a corgi and try to be sad. It’s impossible. I think it’s something to do with their little fluffy chests, and how low they are to the ground. It’s just science. Oh, and the way that they sleep sometimes, on their little stomachs with all their little legs splayed out and their chins on the floor. They’re just perfect little creatures, and I want to have one of my own so badly.

When choosing a little corgi friend, you have a couple of options. There are actually two specific kinds of corgi, known as the Pembroke Welsh corgi and the Cardigan Welsh corgi. As you can imagine, they are both adorable. I think I prefer the look of the Pembroke, but honestly, I wouldn’t be sad about either. Both have pretty much the same body type, so you’ll get the little stumpers and the lively little face either way. The Cardigans tend to be a little larger than the Pembroke, weighing between 25 and 38 pounds, whereas the Pembroke weighs only 28 or 30, on average. Cardigans also have larger, more rounded ears.

Something to keep in mind, the Cardigan was originally used by the Celts when they moved to Wales as a herding dog, so the little fellows may try to herd young children, even having a go at their ankles from time to time, so maybe not a great idea for families with little ones. Both breeds have even temperaments, Pembrokes being very outgoing and good-natured, and Cardigans being very affectionate and loyal.

And as if you needed more reasons to love them, they are a favourite of the Queen, so they must be good, AND Welsh myth claims that they were used by fairies and elves to pull coaches and that they were ridden by the little warriors into battle. Doesn’t get much more delightful than that.